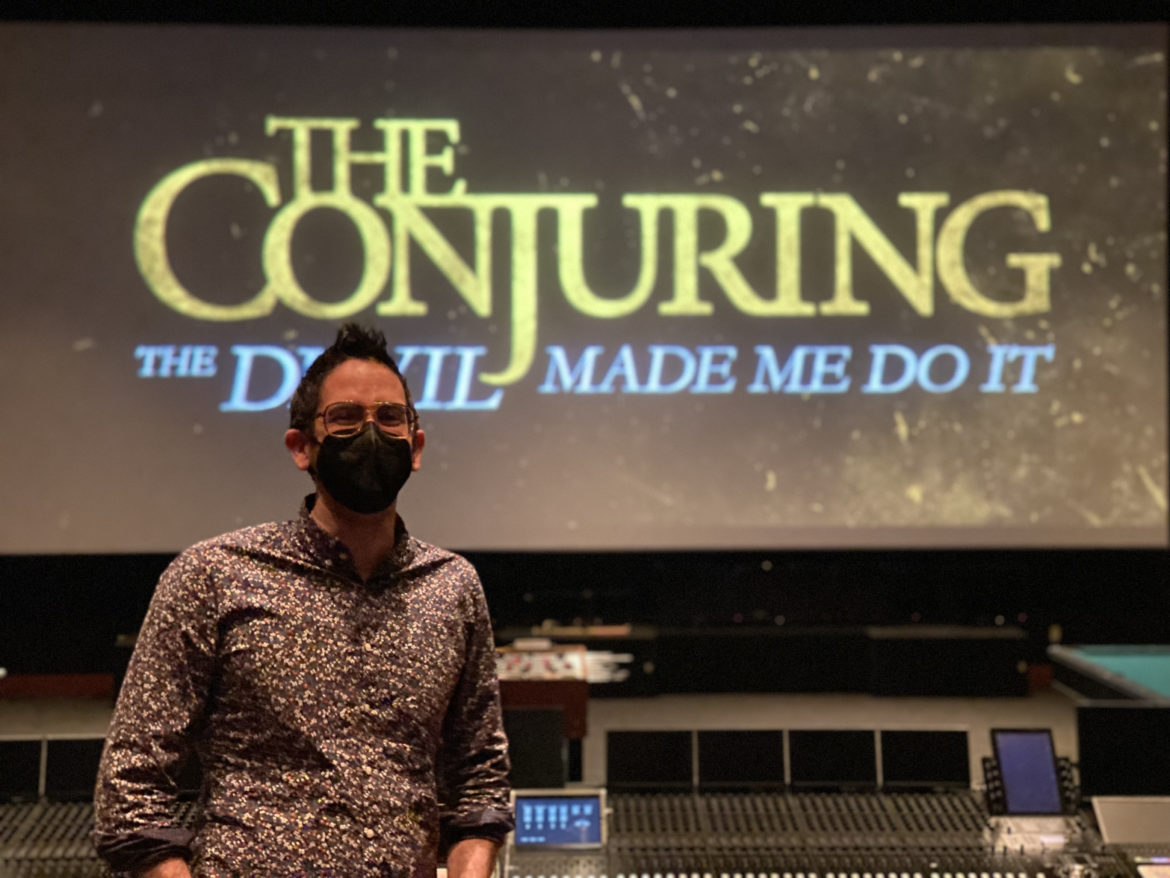 Director Michael Chaves returns to the Conjuring Universe to direct The Conjuring: The Devil Made Me Do It. He most recently directed The Curse of La Llorona. In a roundtable interview attended by Dorkaholics, Chaves gave an early look at the beginning of the film and discussed his experience working on this production.

“Everyone from James to the studio said, let’s try something different. Let’s shake up the franchise and send it into a new direction and I swiftly raised my hand and said I would love to be part of that experiment,” said Chaves.

NEIL BUI: What did you learn from your feature film directorial debut and how did you apply those lessons to this latest work?

MICHAEL CHAVES: One of the great joys of working on [The Curse of La Llorona] into this has been honestly working with James [Wan]. I’m a huge James fan and working with him as a producer, collaborator,, and then into this, I would consider him a friend, that’s been one of the greatest thrills and this joy. And what I love about James is [that] he really encourages you to hold the scene and hold the shot, and I think he’s known for his long takes, and I think that there is just a great power in that and you know you see that.

NB: What are some of your own deepest fears and are they reflected at all in the films you direct?

MC: My deepest fear is home invasion. And well, I won’t spoil anything. I don’t want you expecting a home invasion, but I don’t want you not expecting home invasion. You gotta stay on your toes, OK? Yeah honestly that and I think it comes down to the simplest of moments. We’re so programmed for survival and we hear the simplest sounds, and we become alert and aware and it’s just amazing how that can get activated. And most of us haven’t had a fight for survival in the woods and fending off animals, but there is something in us and that kind of reptilian brain where you’re like, “gotta stay alive, is something coming after me.” It just kind of triggers something. So I’m scared of everything, it’s a long way of saying if there’s something to be afraid of, I’m definitely afraid of it.

The Conjuring: The Devil Made Me Do It premieres on HBO Max and in theaters on June 4, 2021.

The Conjuring: TDMMDI – Telling a Real...