‘Zaschitniki’ or Guardians if you’re American

Guardians, or Zaschitniki in Russian, is a Russian-produced film which is apparently the response of the former Soviet Union when it comes to the strangely American concept, of superhero movies. 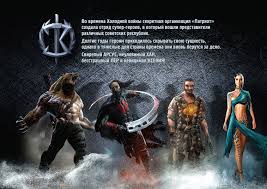 In the United States, our superhero movies have been consumed like hotcakes, and recently, assembled by supercorporations, often putting millions in marketing into each film, and in the eyes of many fans, almost a little oversaturated, almost like fast food at this point. yet fans keep coming to the theater, hungry for more.
Guardians, with a much smaller budget of 5 million dollars, or 330 million Russian RUB in Russian dork budgets, on the surface, seems like a strange mix of superhero tropes: The four members, with elemental-based abilities, the guy covered in rocks, and the token blonde female who can become invisible, and the dark, 20th Century Fox X-Men-esque costumes, more similar to the most recent Fant-four-stic film, but with Ursus, a man who can turn into a Bear/human hybrid instead of bursting into flames, because Russian symbolism.

The team is government-organized, much like the Avengers in the Marvel Cinematic World (MCU), however, the team was allegedly formed in the Soviet Union, Super Soldier-style. The trailers feature something that involves a bed you’re strapped down to, and more needles and injections than a rock band’s sketchy hotel room circa 1978.

Speaking of, according to Wikipedia, the film is set, or partially set, during the Cold War. So, now it’s a mashup of Avengers, Fantastic Four, and X-Men: Apocalypse? Anyways, here’s the team:

Ursus, the werebear guy with a gatling minigun strapped to his back. He’s really good at maiming and killing people, because he’s a berserker. Fun Fact: Berserker comes from the Norwegian root words for “bear shirt,” because the Berserkers would enter battle only wearing Bear pelts, nothing else. 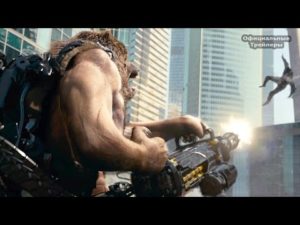 Ler, the guy who can make himself kinda sorta look like the Thing by covering his torso in rocks. Oh, he can manipulate rocks in multiple ways, but the exoskeleton thing is just way too cool looking. He can also make whips out of chains of rocks, which actually makes him sorta resemble Iron Man 2’s antagonist/Russian stereotype Whiplash. Intentional or not? We’ll just have to find out.

Xenia, the token female who can turn invisible, but she can also breathe underwater and survive without air, and turn into water, and she’s also a master gymnast. She has lots of tattoos because Russia. She’s been shown the most in the trailer under experimentation, which really reminds fans of Weapon X (the creators of Wolverine) from the X Men films.

and Khan, the speedster who’s sort of like the Flash if he stopped being so into science and was more into killing people with two giant sickle-shaped swords. He’s also a great acrobat, like Xenia. Between him, the bear-man, the rock-man, and the attractive Russian acrobat, he hasn’t gotten much exposure, in fact, I had trouble figuring out if he was a different character than Ler in the first few adverts I saw. Now that I see him more clearly though, you gotta admit he really looks a lot like the Winter Soldier. He also looks like the one where, if someone’s gonna betray the team at some point, it’s probably him.

Zaschitniki is due some time in 2017, and although it’s unknown if it’ll get a US release or not, there is an English trailer, so get your rumor mills a spinnin’. There’s also this image that has been floating around, with the English title, Guardians.

Catch some of Mike Pinkerton’s past work from this week – Son of Zorn: Fox, please don’t cancel this one, HELP! My Friend is on a serious Yu-Gi-Oh! Kick!, and MULTIVERSE WARFARE!!!!!!